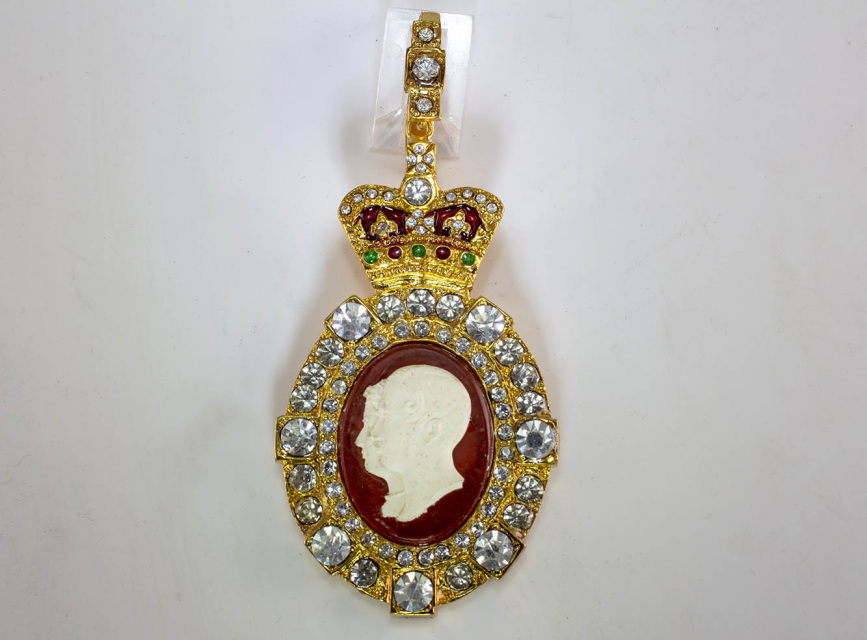 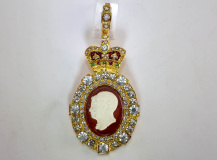 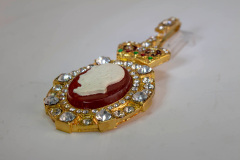 Order of Victoria and Albert

The Royal Order of Victoria and Albert was a British Royal Family Order instituted on 10 February 1862 by Queen Victoria. The order had four classes and was only granted to female members of the British royal family and female courtiers.

This is the version worn by Victoria and features Albert's head in the foreground. The other versions have the queen first.

Made from gilded brass and set with crystals. The cameo is in bas relief and cast from resin.

The full piece measures 9cm x 4cm and is 1cm thick at it's widest part.

AS worn on the movie "Victoria and Abdul".